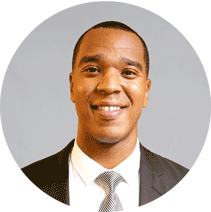 Rick Anderson is the Lead Founder and proposed Head of School of Allegiant Preparatory Academy. A Fellow with the selective national organization, Building Excellent Schools, Rick has studied more than 40 of the highest-performing schools that educate students in inner-city communities. Observing best practices of instruction, school culture, and school leadership, Rick has also received extensive training in finance, facilities, curriculum, and organizational leadership. During this past year he completed a full month residency at another high performing urban charter school in Chicago, IL.

Rick served as the Dean of Students at Freedom Preparatory Academy, a BES school in Memphis, TN, after spending time teaching first and sixth grades. As Dean, he developed and implemented a schoolwide culture and behavioral standard. In addition, he coached novice educators, communicated with students’ families, and devised professional development objectives for the faculty. Rick’s next step at Freedom Preparatory Academy was as Head of School at the middle school, then Head of School at the elementary school shortly thereafter. In these roles, he led 60 teachers and over 750 students.

With this experience under his belt, Rick is prepared and eager to open Allegiant Prep in his beloved hometown. In doing so, he is determined to foster a community that embodies operational effectiveness, a strong academic culture, and a commitment to college readiness.

Rick is a graduate of Florida Agricultural and Mechanical University, and earned his M.Ed. from Christian Brothers University.